The New USCC, Which Used To Be The United States Carriage Company Building In The Early 20th Century, Was An Industrial Building, Designed With Attention To Detail And A High Level Of Craftsmanship. Lt Was Built For One Of The City’s Buggy Makers That Became Nationally Known In The Early 20th Century For Its Production Of Hearses And Ambulances, Especially The Great Eagle Hearse, Which Made The First Cross-Country Funeral Trip From New York To San Francisco In 1913.

The United States Carriage Company Was Founded By Charles F. Myers, A German Immigrant, Who Arrived In Columbus In 1869. After An Apprenticeship With One Or More Of The City’s Many Buggy Makers, He Formed His Own Company In The Late 1870s. The Company Expanded In The Mid-1890s, But A Fire In 1896 Destroyed The Original Manufacturing Facility At This Address. By The Turn Of The Century, Myers Had A Disagreement With One Of His Partners And Purchased All Of The Company’s Shares And Brought His Son Frederick Christopher Into The Firm. 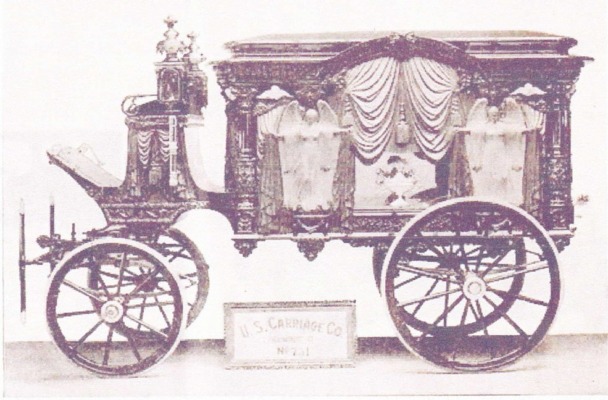 This is an example of one model of horse-drawn hearse produced by the U.S. Carriage Company.

This eight-column design was also produced by the United States Carriage Company.

In 2013, Few developers decided to take this beautiful historical building and revitalize it. USCC offers a variety of unique luxury lofts with spectacular views of the vibrant Downtown Columbus. Each loft offers features such as custom luxury Kitchens, real hardwood floors, exposed brick and/or beams, gorgeous bathroom with Corian luxury vanities while still preserving the original historic features of the building. The beautiful building will feature a Fitness center, upscale bar and gorgeous lounge – all of which combine to make your living experience at USCC unforgettable!

Please enter your username or email address. You will receive a link to create a new password via email.